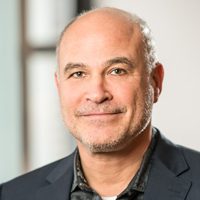 As CEO and co-founder of Apple Core Holdings, Steve’s vision has led the growth of the firm from its inception as a set of hotel properties into a diversified investment company that includes premier event spaces, commercial real estate, direct venture capital and seed capital for hedge funds and venture funds, as well as occasional arts and entertainment funding and production.

Steve began his career as a corporate tax attorney at places like Cravath Swaine and Moore and Skadden Arps in New York before leaving in 1992 to co-found Apple Core Hotels, a developer, owner, and operator of hotels in midtown Manhattan.  Steve’s law degrees (JD, LLM in Tax) and legal experience have provided invaluable context to understanding complex deals and structures in our businesses.

Steve serves on many boards of Apple Core Holdings’ direct investments, including Iconic Spaces, Zeno Media, Yumble, and FieldPulse, as well as serving as a venture partner for Shavit Capital Fund, advisor for Capri Ventures, and anchor investor in IrrvrntVC and Revenue Roll Debt Fund.  Steve is also has been a board observer for companies like Siemplify,  PlainID. Revenue Roll and Ngrow.

Steve has also written, directed and produced for both film and theater, including producing the film Passing Strange in 2009 together with Spike Lee, which Mr. Lee also directed. (The film was the best reviewed film of the year, earning 100% on Rotten Tomatoes.) Steve also wrote and directed the feature film Game Day staring Richard Lewis in 1998. Steve was nominated for a Tony Award for Best Musical and won a Drama Desk Award for Best Musical as a producer of Passing Strange on Broadway. 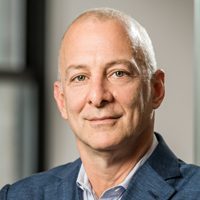 As General Counsel and CFO, Dave manages the internal operations at Apple Core Holdings and oversees all the financial and legal aspects of its investments. He is also instrumental in evaluating and vetting new investment opportunities.

In addition, Dave is a partner and serves as an officer at Apple Core Holding’s affiliate, Apple Core Properties, a developer, owner, and operator of commercial real-estate.

Previously, he practiced law with Williams, Caliri, Miller and Otley in New Jersey where he represented financial services companies and, prior to that, at the firm of Ware and Friedenrich in Palo Alto, California, where he focused on venture capital financing.

From 1990-1994, Dave was a partner and the president of JED Broadcasting, an owner and operator of radio stations in the Pacific Northwest.

Dave holds a J.D. from the Duke University School of Law and a B.S. in economics from the Wharton School of Business at the University of Pennsylvania. 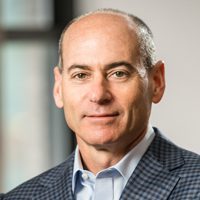 Ken Greif began his real-estate career by managing motels at the property level and learning the business in the most hands-on way.

In 1992, Ken along with Larry Horn and William Kohane, created Apple Core Hotels to purchase, develop and operate hospitality properties. Ken has been active in the management of the company’s portfolio, which at it’s peak included five hotels in midtown Manhattan and seven motel properties just outside the city.

As a co-founder of Apple Core Holdings, Ken is instrumental in setting the investment direction of the firm. He has been the driving force in the company’s evolution from investing exclusively in real-estate into a diverse spectrum of investments – and has sourced many of the firm’s venture capital and private equity deals.

Kenny is a graduate of New York University, where he earned a Bachelor’s degree in economics. He’s married with four grown children, and lives with his wife, Susan, in Florida. 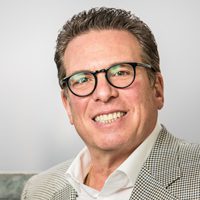 Lawrence “Larry” Horn has four decades of experience as a real-estate owner/operator of a diverse portfolio that includes premier event spaces and residential and commercial real-estate investments in California, Florida, Michigan, New York City, Long Island and New Jersey. In addition to real estate, Larry has a diversified portfolio of investments including venture capital deals in the U.S. and Israel and private equity.

Larry began his life in real estate in 1981 right out of college. He started at the property level and was the general manager of several hospitality properties including the Grand Royal Hotel and Conference Center on Long Island. Larry then expanded into Manhattan, overseeing a variety of real estate properties and renovating the Wentworth Hotel, a historic property located at 59 west 46th street.

In 1992 Larry and his partners, Kenneth Greif and William Kohane, created Apple Core Hotels to purchase, develop, and operate hotel properties in the Manhattan metro. At its largest, the company owned and operated five hotels in midtown manhattan and seven motel properties just outside the city.

Larry graduated from Long Island University (CW Post) with a Bachelor of Science degree in management and marketing. Along with his wife, Donna, Larry spends his time in Florida and New York, and includes among his hobbies executive producing films and Broadway and Off-Broadway productions. 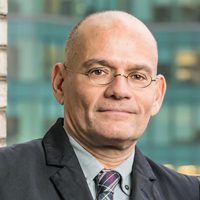 After graduating from Duke University Law School, Will began his career as a real-estate attorney with the law firm of Dreyer and Traub. As a lawyer, Will worked on real-estate development and financing deals for some of the biggest developers in New York City.

Will presided over several iterations of Apple Core, shepherding it from humble beginnings as a budget operator, with independently managed properties to a centrally run operator of franchises before, finally, developing its own brand. Over the course of 27 years, the company has stayed ahead in a constantly changing industry, modernizing management functions, including marketing and bringing efficiencies to the accounting and back-office operations of the properties.

Will is an avid collector and has curated valuable collections of art, sports memorabilia and first-edition books. He lives with his wife, Julia, and two children in Manhattan.

Apple Core Through the Years